Sileby Parish Council provides your local services. We strive to make Sileby a better place to live, work and play. Our website includes a wealth of information about how we conduct business and what we do. Use the search or browse the site to find whatever you are looking for. If you can't find the information you require then please contact us. 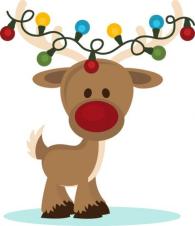 We are aware of recent comments on the community Facebook page regarding the cancellation of this year's Christmas light switch on event. We thought it might be helpful to explain how and why the difficult decision was made.

The one thing that influences all of our decisions to do anything in the village is the number of councillors we have to actually 'do stuff'. We have been carrying vacancies for a long time and, despite advertising, unfortunately that situation hasn't changed with 6 vacancies currently remaining unfilled. More »

The Christmas light switch on event takes a lot of councillor time to organise and run. In the current 'Covid climate' it takes even more resources to keep people safe and we just don't have enough councillors at the moment. Our councillors are very committed to making the village a great place to live and understand that the Christmas event is an important part of village life. A number of our councillors are front line worker's whose lives are still dominated by Covid which further limits their ability to give of their time. Councillors are volunteers who give their time freely with no monetary or other benefit.

We took advice from our Health & Safety experts who advised that we should expect an increase in Covid cases during the winter season with some additional safety implications likely to be required. Council unanimously decided that this, coupled with our depleted resources, meant that it was unlikely we would be able to run the event in a safe way.

There are some positives! We will still, of course, switch the lights on this year! We have also resolved to assess the lights and decorations we provide to see how we can improve them for future years.

Your Parish Council is working hard on some big projects to improve the village. We are developing the park and will be refurbishing the memorial garden. At the same time we are preparing to respond to the numerous large planning applications we are expecting, and refreshing the Neighbourhood Plan to assist with that work. Frankly, there is a lot going on with very few people to do it and, unless that improves, we will always be restricted by our resources.

If anyone would like to find out more about becoming a Parish Councillor please contact clerk@silebyparishcouncil.gov.uk The councillors are a great bunch of people and you'd be made very welcome! » Less 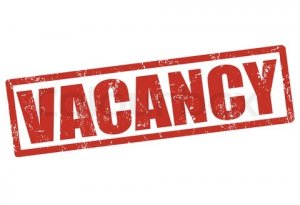 in the Parish of Sileby

IN THE OFFICE OF PARISH COUNCILLOR

NOTICE IS HEREBY GIVEN that two casual vacancies have arisen in the Office of Councillor for the above Parish Ward.

On receipt of a request in writing from any ten local Government electors for the said Parish Ward, an election to fill the vacancies will be held within sixty days. If no such request is made the Parish Council will fill the vacancies by co-option. More »

Request for such an election should be addressed to: 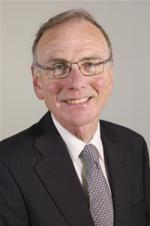 Leicestershire residents are being asked to help the County Council identify and manage diseased Ash trees , to help keep the countryside green.

The Council has a scheme to plant 700,000 trees and that is already underway, but the authority is also dealing with the problem of Ash dieback. It is a highly destructive disease caused by a fungus and can lead to infected trees shedding branches or limbs, or potentially falling as the tree dies. It is estimated that there are more than 500,000 Ash trees in Leicestershire, although the exact number is not known. Over 120,000 of them are next to roads. More »

As many of the trees are on private land the Council has launched a campaign to raise awareness of the issue among residents, businesses and landowners, to remind them of their responsibility to ensure their trees do not become a hazard to road users or people using adjacent pavements.

Ash Dieback enters a tree through the leaves and bark and young trees die within two years, but mature trees usually last longer. Large trees can become dangerous long before they die, so owners must take action to ensure safety. An infection at a point close to ground level can cause an entire tree to become unstable and dangerous over a short period with no obvious Dieback symptoms in the crown. Diseased trees will show dead tips, sometimes discoloured. There may also be a "pom-pom" effect, with clumps of living leaves around the areas affected by the disease.

The following information has been issued by the County Council:

"While safety is a priority, felling the tree should not be the first option, particularly as some Ash trees are known to show resistance to Ash Dieback, and we have been part of a national effort to secure genetic material from these trees to try to ensure the future of the species.

It is important to remember that Ash is one of our most common native trees and is incredibly valuable for wildlife. We should stress that you shouldn't fell any trees unless you have to. In many cases it may be possible to reduce the risk by pruning branches, re-routing paths, or even repositioning items away from the tree so that people can avoid being in the immediate area. Always check trees for active bird nests or bat breeding or roosting sites, or other special species, well before undertaking any work.

People should also be aware that, with certain exemptions, all trees in Britain are protected by the Forestry Act, which means that a felling licence is required to remove them. Tree owners should be clear that their tree is in an exempted category, which include trees in gardens, or obtain a licence, before any felling takes place."

For more information people are asked to go to:

Leicestershire is one of the least wooded areas of the country, with currently some 6% being woodland, well below the national average of 10%. The County Council manages approximately 321,000 trees, but with diseases such as Ash Dieback placing more trees under threat the authority's strategy and action plan, adopted in May 2020, will see the number of trees across the county increase significantly.

The County Council offers a free tree scheme for landowners affected by Ash Dieback, in partnership with the Woodland Trust. The scheme aims to replant native trees across the county to replace trees lost in the landscape.

Sileby Christmas Light Switch On 2021 - We are aware of recent comments on the community Facebook page regarding the cancellation of this year's Christmas light switch on event. We thought it might be helpful to explain how and why the difficult decisio… bit.ly/3u38U3o